I have a solo Sculpture show in April!!! 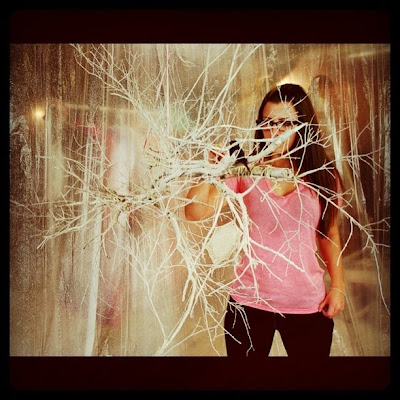 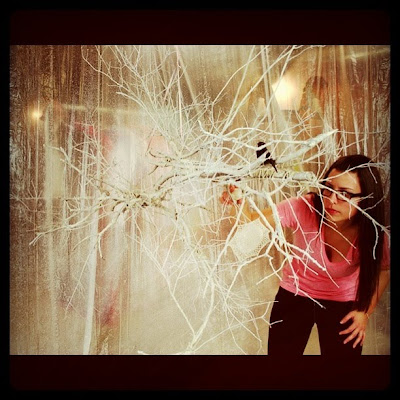 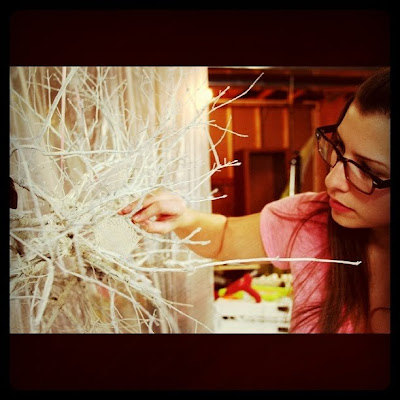 I am going to be having a gallery opening on April 15th at Sparrow Collective (6-9 at 2224 S Kinnickinnic Ave, Milwaukee, WI 53207). I sell some of my handmade items from magicalponyfarm.etsy.com there and they also happen to have gallery shows in the same shop and I'm the next lucky artist! I am so excited because it will be my first time showing my sculptures in Milwaukee, my first solo show, and my first time in years making a new piece!

The photos above were taken in my studio while I was working, that is the new piece I plan on showing along with some of my favorite older ones. It's still a work in progress in those photos and has a long way to go. I'm really excited about how its turning out. It draws visual references to some of my favorite artist's work including: Eva Hesse, Kiki Smith, and Petah Coyne. For the most part I don't like to explain my work and I think as a rule in general art should be able to speak for itself, but for the sake of having it out there... i'll give a few reasons for what i'm making...

This piece is made of different parts of tree branches that I wove together to form an organic mass. I like to think of the branches as a circulatory system, vein network, or something corporal. It's also going to have small hand cast wax birds. I have two colors dark purple and white, I use birds in a lot of my pieces, and I like to think of them as blood cells (white and red). I like the idea of a forced reality, for example the fact that what took me hours to create (the branch structure) happens in nature on its own without all the effort.

The piece is also going to have small crocheted circles that I made out of very thin thread; the effect is that they look like spider webs stretched between the branches (or some other type of organelle). The finishing touch will be thin gold chains draped and wrapped around the branches (ligaments or connective tissue). The overall effect will hopefully be a static non functional macabre chandelier.

When it's finished and after the show I will post pictures!

Artist statement:
My work has always been highly detail-oriented and process-based. Step by step my sculptures slowly come to life and develop meaning and structure in an intuitive way. Each piece invites the viewer to interpret it as they choose and to include their own personal mythology to each component and piece as a whole. Every sculptural component is chosen not only for its aesthetics but also for the relationship it creates when paired with another. For me, an object is unique when it is able to speak for itself.
Posted by The Gilded Horn at 2:40 PM